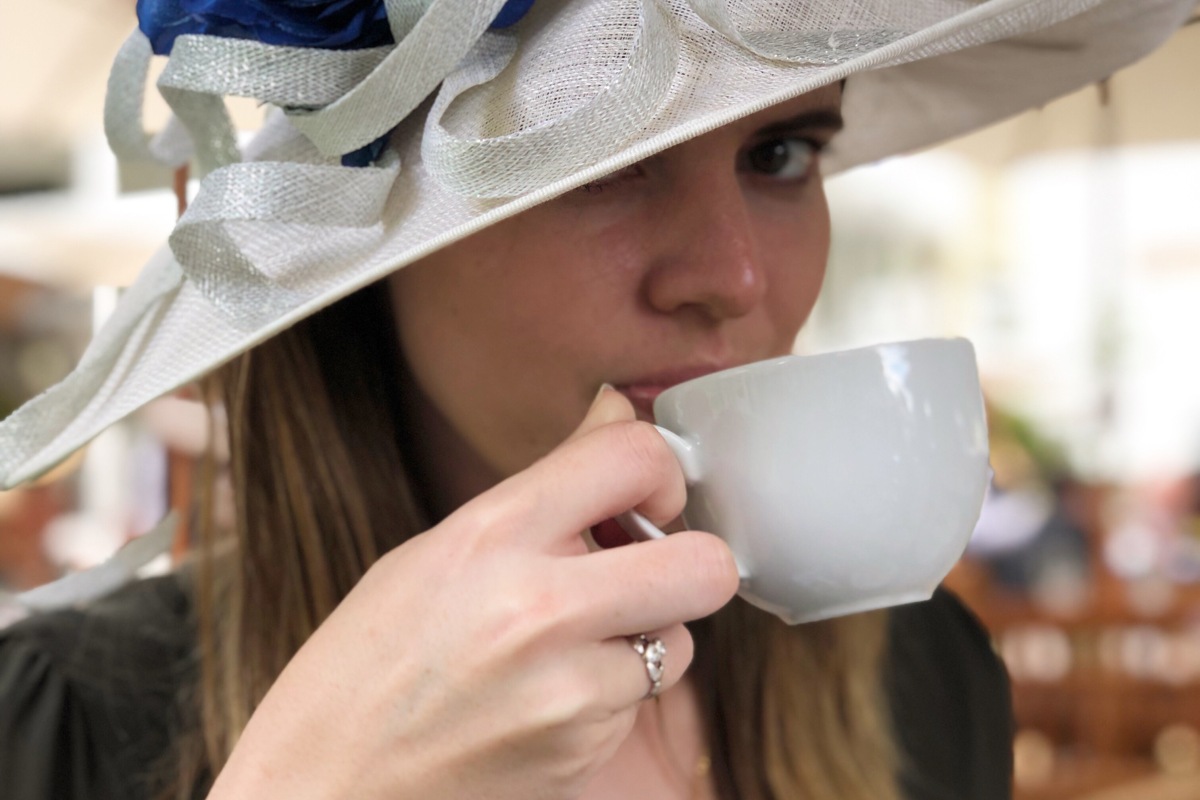 Ascot 2019 was more than I could have asked for, especially as an American. I had never really been to horse races before and definitely nothing to the scale of this event. Yet, it has always intrigued me, a bit like going to the casino for a birthday or finally being able to buy a lottery ticket when I turned 18. It wasn’t about the betting or races in my mind, it was about the experience.

I had the pleasure of attending Ascot with Conor and our two friends, a small group coming off the sleep-deprived, hectic May Week. Luckily we were all in the same mind set – this wasn’t going to be a big sesh, rather we could enjoy a nice afternoon at the races, making a few bets, having a couple drinks, and enjoying the atmosphere and company.

Before I arrived at Ascot, I had to figure out what to wear. As an American, this was probably the hardest fashion choice I have had to make all year. What does one wear to an event attended by the Queen and the Royal Family, but is more of a fancy garden party? (Not that I had ever used the term “garden party” before moving to England anyway)

Ascot sent a brochure with the Royal Enclosure badges that described the guidelines for dress. It was helpful for knowing what length to wear and that I needed a hat not a “fascinator”. Google was much more helpful in understanding the fashion and style to go for. In the end, I wore a midi dress with a short heel and a white hat (I borrowed it from Conor’s mom).

They are ridiculously expensive and you probably won’t wear it again anyway. There are places to rent – a quick google search can bring up shops near you. I asked Conor’s mom because she’s been to quite a few events like this in her time and so she had a handful of hats to choose from. If you can borrow a hat, definitely do that – especially since I noticed women’s dresses and shoes before I noticed their hats.

We bet on four of the six races and only Chris won money from one of the races. But it wasn’t really about winning money – it was more about the experience and thrill of the race. The program has the top picks for each of the races but I picked based on the horse’s name because it was more fun that way. Then when we were watching the race, we were more engaged in who was in the top five and it was more exciting. I believe betting was part of the experience of the day as a whole and put aside a set amount of money to spend on betting. That way I don’t get sucked into the thrill and I know that I would be okay if I walked away not having won any money.

4. Enjoy the food and drinks stalls.

We walked around the inside hall and the outside area that had a myriad of marquees with food and drinks. There were also quite a few private members clubs, so if you are in one of those or a reciprocal member, definitely check them out. We sat down at one of the restaurants that was serving afternoon tea sponsored by Fortum & Mason (one of the most popular places for afternoon tea in London). It was delicious! And a very relaxing break from the heat and the races (though there were big screens so we could still see the races from our seats). The afternoon tea was exactly what we needed – the finger sandwiches were Conor’s favorite and the sweets were mine!

Conor and I drove from Cambridge, but we parked at the train station just one over from Ascot so we wouldn’t have to deal with the horrendous parking and traffic after the event. Our other friends took the train from central London. Granted the train was incredibly crowded after the event because everyone rushed to it all at once, so if you are taking the train a long ways it might be better to hang around after the event is done at some of the food and music places set up outside of Ascot. Or just resign yourself to the hordes of people all jockeying to get on the train (still better than sitting in awful traffic in my opinion). Additionally, we may not have had a boozy day, but a lot of people did – so if you plan on drinking, then the train is the best option as cabs would be atrociously expensive.

I had an amazing day at Ascot and I definitely want to go back next year! I got to see the Queen, albeit she was quite far away, but I still saw her in person! And I got to enjoy afternoon tea with some of my best friends while engaging in an exciting sport. It was a fun, relaxing, very British day and I hope you can enjoy an Ascot like mine someday.